Each country has a different penal code and although the laws are often very similar to each other, there are particularly curious and bizarre laws around the world. In the United States, in particular, some are really fun:

In Alaska, while it is legal to shoot bears, it is illegal to wake them up for a simple photo.

In California and specifically in San Francisco, it is illegal to clean your car with used underwear (perhaps to prevent sexy car washing).

Los Angeles, it is not allowed to wash two children in the same tub at the same time.

In Indiana, in South Bend, monkeys are prohibited from smoking. In fact, in 1924, a monkey was charged with the crime of smoking a cigarette and sentenced to pay a $ 25 fine and court costs.

In Idaho, a law makes it illegal for a man to give away a box of candy that weighs over 50 pounds (22 kg). Some things only in America can be normal.

The city of Idaho Falls prohibits anyone over the age of 88 from riding a motorcycle. (Maybe that’s not all that absurd!) 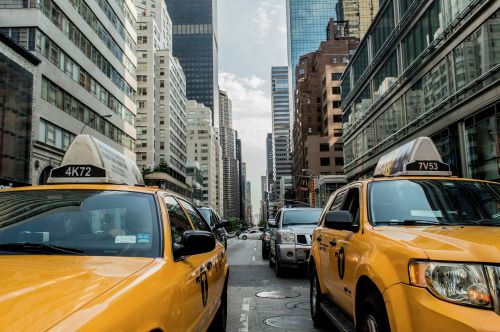 Every Kentucky citizen is legally required to bathe once a year.

In Connecticut, it is illegal in Hartford to kiss one’s wife on Sundays.

In Florida single women who skydive on Sunday will be arrested.

In the State of Illinois, and in particular in Chicago, it is forbidden to fish in pajamas.

In the state of New York, it is forbidden to keep an ice cream in your pocket on Sundays while strolling the streets of the capital. Who knows how many people have had to stop doing it!

In Alaska it is forbidden to throw a live moose from the plane. Beware!

In Los Angeles it is absolutely forbidden to lick local toads. Avoid seeking princes by kissing toads if you are in the area. And ‘it is foreseen the imprisonment of those who make faces at dogs of’ Oklahoma.

In South Carolina it is not possible to keep horses inside the bathtub.

In Alabama you can not go to church with fake mustache.

Gun Sales In America And How They Have Changed

Your Guide to America’s Current Economy