Secretary of State; National Security Advisor; Homeland Security Secretary; Secretary of the Treasury; Director of National Intelligence, Ambassador to the United Nations and member of the Cabinet. Antony Blinken; Jake Sullivan; Alejandro Mayorkas; Janet Yellen; Avril Haines; Linda Thomas Greenfield. Positions and names in USA that we will learn to know and with which we will become familiar in the months and years to come, these. To which others will be added shortly, starting with the crucial one of the Secretary of Defense. This team will be assigned the task of planning, guiding and implementing the foreign and security policy of the Biden administration.

But how is this policy conducted? What are its peculiarities? How has it changed over time? How specific is it to the United States and its role in the international context?

Questions that refer to two exceptionalities, if you like. That of the US political system; and that of the unmatched power superiority of the United States.

Is the American form of government “decidedly inferior” to conduct an effective and incisive foreign policy, the political scientist Michael Mastanduno asked himself a quarter of a century ago, in a very original and intelligent essay? (Spoiler: the answer is no) 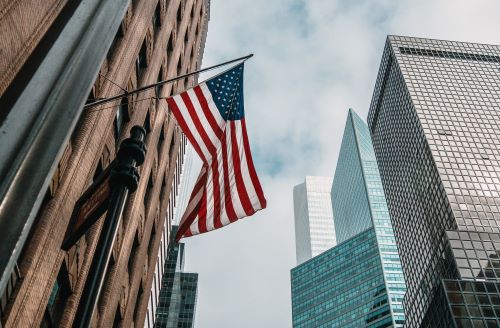 Thesis to a certain extent dear to realism – that of an intrinsic inadequacy of the US political system with respect to its external action – and strongly affirmed, for example, by Henry Kissinger who built his fortunes on this intellectuals and politics thanks to a self-representation entirely centered around the figure of the sophisticated European realpolitiker lent to naive America to teach her the brutal and imperishable laws of international relations (learning, as he used to say, from Europe to conduct a foreign policy “without escape and without respite”).

For which the system of checks and balances of the US republic, weak presidentialism, federalism and the division of powers converge in making it difficult if not impossible to conduct a coherent, incisive and effective foreign policy. Too many, according to this reading, the actors who contribute to determining it, in a cacophony of voices that already in the Executive are expressed and often manifest in opposition to each other, think of the many epic clashes between secretaries of state, defense and councilors National Security, from Dulles – Wilson to Kissinger – Rogers (and Kissinger-Schlesinger or Kissinger-Rumsfeld), from Brzezinki – Vance to Powell – Rumsfeld, just to name a few among many.

The inevitabletension between the intrinsic provincialism of US politics and the global obligations of the American superpower, between parochial politics and global policy. A conflictual and rarely healthy dialectic between the Presidency and Congress is natural, with the latter having multiple direct ways (the role of the Senate in approving treaties and appointments) and indirect (that of the Chamber on budget, trade and immigration) to condition and even direct the country’s international action. The Presidency – to which the Constitution basically assigns very limited powers – is too weak and fragile to impose its will.

Too much “sovereign” is a judicial power (and a legislative body) that on numerous occasions have affirmed the primacy of domestic law over international law: of the Constitution over the Treaties.

In short, there are too many actors on the field – often in competition with each other – in a pluralist process, which obliges those who study the foreign policy of the United States and its history to try to reconstruct and map this complex geography and the plural relations that run parallel to the official ones and not infrequently against them (including the action of states and municipalities that sometimes openly challenge official diplomatic action, as we have also seen in recent times with Texas Governor Greg Abbott who in 2015 rejects the Iranian nuclear deal and unilaterally declares to maintain and strengthen the sanctions regime of his state against Tehran or with the many states and cities promoting a kind of parallel diplomacy and claiming to continue to abide by the terms of the Paris climate agreement from which the Trump administration had withdrawn).

So what makes this foreign policy effective and coherent?

What are the conditions that allow it and the choices that favor it? And what does history tell us about all this?

Given that this foreign policy is often reactive and ad hoc: addressed – as anyone with a minimum of archival experience knows – by unexpected and political contingencies therefore adapted and often improvised, rather than by visionary designs and all-encompassing grand strategies, four points deserve to be underlined here. The first concerns precisely the Presidency; the second his relationship with Congress; the third is the internal public opinion if not the mood of the country; the fourth that of a world public opinion to which those who lead the USA – for the universalistic ambitions of the country or for its unrivaled status of power – inevitably (and constantly) turn.

And yet… and yet there are many, however, and the risk of exaggerating all these dimensions is very high, starting with the imaginative theses of some geopoliticians who invent autonomous foreign policies of US macro-regions that actually exist only in the their vivid imagination. Because foreign and security policy is a privileged area like few others in the federal government.

Because this privilege has grown with the growth of both the power of the US and its full integration into the world system. Because the skeletal and obsolete Constitution of the United States – we too often forget it – leaves vast islands of ambiguity that are filled from time to time in the constant Executive / Legislative dialectic and actually constitutesan “invitation to struggle” between the two branches of government “for the privilege of guiding American foreign policy”, in the famous definition that Edward Corwin gave. Because needs and ambitions of power have made the US presidency increasingly “imperial”.